The problem: You cannot access the SAMBA (SMB) shares on your QNAP NAS from the Windows File Explorer and after you tried, access to the web interface also stopped working. The NAS is still accessible from other PCs on the same network.

The reason: Windows will first try to connect to your NAS using your Windows login credentials. If this fails too many times and Network Access Protection on your NAS is enabled, your PC’s IP address will be banned:

You can see the failed login attempts in the System Connection Logs (if enabled for SAMBA):

There are many threads about this issue on the QNAP forum proposing various solutions, such as:

I tried a different solution which I found here. I left everything on the NAS unchanged. In the registry of my Windows PC, I enabled insecure guest logons for the SMB client. This allows the PC to connect to SAMBA shares which are not protected by a password (such as the Public folder on a QNAP NAS).

Note: The description says that “if you do not configure this policy setting, the SMB client will allow insecure guest logons.” This was not true for me on Windows 11 21H2, the setting had to be explicitly enabled. On other PCs running Windows 10, the described behavior was correct and the entire problem never appeared.

Now (and after the IP ban period has expired, of course) it was possible to access the NAS through the file explorer. Clicking on a protected folder brought up the Enter network credentials dialog:

Why did this work? Apparently, Windows only tried to use the current user credentials once when connecting to the NAS and then used guest access. As this resulted only in a single failed access attempt, the PC’s IP address was not banned.

However, you want all of them to use the same keyboard (in this example “United States-International”).

Click on the three dots on the right of the language you want to change and choose Language options:

Under Keyboards, click on Add a keyboard and add the keyboard you want:

Your language bar should now show multiple languages with the same keyboard: 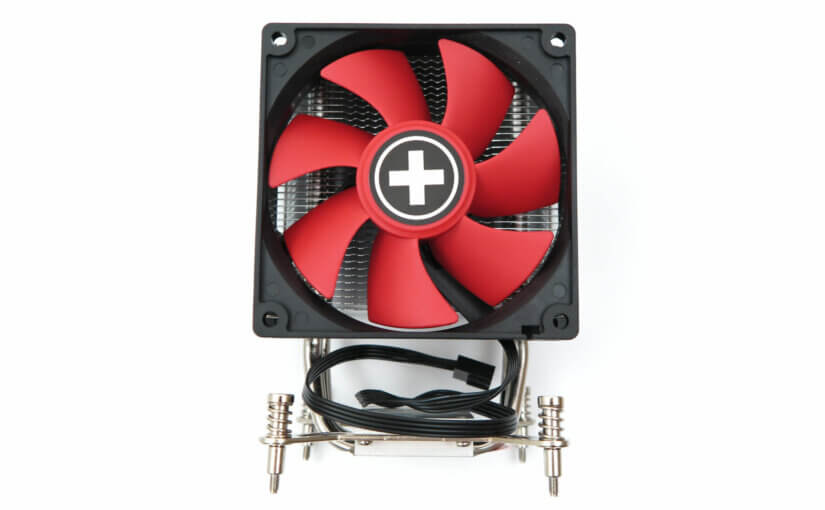 Buying Acer’s Predator Orion gaming PC is one way to get an RTX 3070 graphics card without paying absurd prices. However, it comes with a standard CPU cooler that is loud and not very effective.

I replaced it with a Xilence XC026| I4026 (Amazon.com / Amazon.de affiliate links), which led to a significant CPU temperature drop under load. While this doesn’t turn the PC into a quiet machine, the cooler can be installed without replacing the backplate.

All you have to do is modify the cooler itself by moving the two brackets that hold the large screws as shown below.

On one side you can remove the fan to fasten the small bracket screws. On the other side there is very little room (this is the only challenge with this procedure):

Follow the instructions that came with the cooler for the rest of the (simple) installation process.

I found the recommendation for this cooler on the German Acer forum.

With yahoo!mail you can configure up to 500 disposable email addresses, which you can easily delete at any time. The name always consists of a base name and a custom part.

If you have deleted a disposable address and also forgotten its name, but now need it again to receive messages, there is a problem: without knowing the custom part of the address, you cannot easily recreate it. Unfortunately, yahoo!mail does not show which addresses you have used and deleted in the past.

However, this does not mean that Yahoo does not keep track of all email addresses that are somehow related to your account. If you have ever received a message on your disposable address, it may very well be possible to recover the name of the address using the method described below.

You will be asked to enter an email address to be notified when the download is ready. This will take several hours.

Unzip the downloaded file and open ContactsData.json with Notepad (or any other suitable software, e.g. Notepad++).

Search the file for the known part of your throwaway addresses (the base name). This should give you the names of all your disposable addresses that have ever received a message. Note: See update below.

Finally, recreate a disposable address with the same name.

Update August 2021: This method may not work anymore. During my last test, it only returned a small number of aliases, all of which could also be found in (received) emails.

Yes, such a wallet exists, though it is still in beta: AtomicDEX (desktop version only) supports Namecoin (NMC).

You can even use the built-in “atomic swap” feature to trade your NMC, for example, for Komodo (KMD), which you can hold in the wallet and collect rewards or sell on many popular exchanges like Binance (affiliate link). Make sure you read the instructions first (found under Support). The atomic swap protocol requires that the maker and taker stay online and monitor the blockchains involved.

Exchanges which accept Namecoin can be found here.