An easy way to read this version string is:

You can use this to create a Version object:

Note: The code above runs synchronously and blocks your application. To avoid this, you could run it in as a task on the thread pool with Task.Run() or you could use XElement.LoadAsync instead of XElement.Load(), if available.

You’re building a setup project in Visual Studio (aka deployment project or installer project) and find the following warning in the build output:

Why this is happening:

In my case, the project targets .NET Framework 4.7:

Meanwhile, the setup project was still checking for .NET Framework 4.6.1 as a launch condition (requirement on the target machine).

I had previously thought that this was due to

The solution: Update the launch condition version to match the target framework of your project.

In the Setup Project, double click on ‘Microsoft .NET Framework’ to show its properties. Then change the .NET Framework version in the dropdown list: 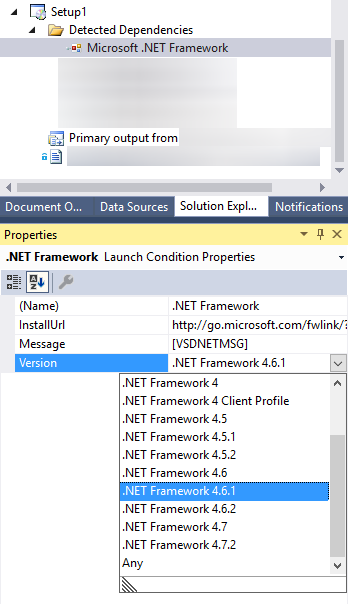 One more thing: Check the prerequisites

While this has nothing to do with the warning, you might as well check which version of the .NET framework your setup program will install (if any).

Right click on the setup project and select ‘Properties’. In the Property Pages dialog, click on ‘Prerequisites…’: 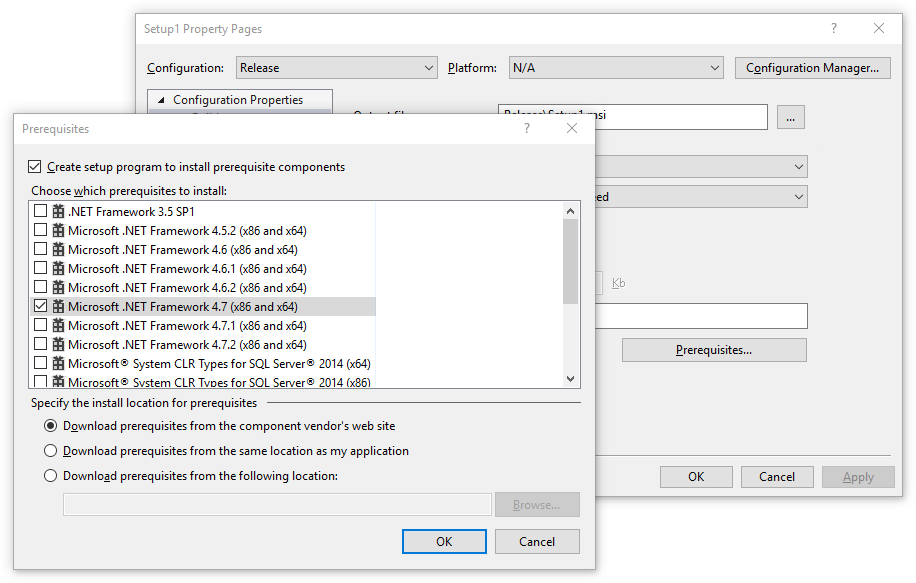 Update: While I thought this issue only appears when you update you project’s target framework after having already created a setup project, it seems that it also happens when creating a new setup project. Also, changing the target framework version does not seem to update the InstallUrl (not sure if this is important).